The electrodialysis is an electrochemical separation process applied to acqueous solution in which organic and inorganic substances are dissolved and are dissociated in electrical positive and negative ions (hydrolysis). The basical electrical property of such a solution is to be an electricity conductor.

If two electrodes of opposite polarity are introduced in such a solution, it is possible to make migrate the negative ions towards the positive electrode and the positive ions to the negative electrode.
To avoid the mixing of the separated ions, some permoselective monovalent membranes are located between the electrodes.
Such thin membranes, made of appropriate plastic material, are provided with microchannels having fixed chemical electrical charges inside, which can be negative (cationic), or positive (anionic).
The cationic membrane does not allow the negative ions migration, on the contrary, the cationic membrane does not allow the positive ions migration.
When several anionic and positive permoselective membranes are alternatively arranged and properly spaced in the solution, it is possible to create small chambers named “cells” in which the ions of the substances can be separated and collected in concentrated or diluted form.
It is possible, for istance, by this selected ionic migration, to extract from other undesired components of the solution, a ionised substance in purified form more or less concentrated.

The simple separation of an inorganic salt (i.e. NaCl) from a solution is shown in the diagram below.

SESPI, skilled in the electrochemical field since long time, can solve many problems of chemical substances separation using this technology.
SESPI is connected with one of the main permoselective membranes manufacturers and, cooperating with this Company, has reached excellent results in the desalting and purification by electrodialysis in several chemical processes where hydrolysis is involved.

Through suitable studies and applications, SESPI is able to solve the separation problems submitted by its Clients also using directly pilot electrodialysis units, in order to confirm the application of the process, carry out improvement tests and to settle the operative conditions for the design of an industrial plant.

SESPI has finalized separation processes which allow to operate on acqueous liquid effluents:

This field includes all the processes relevant to the recovery of metallic salts from exhausted solutions in which they are contained.
One of the latest processes finalized by SESPI in this field, has enabled the separation of ammonia salts from a galvanic solution by means of electrdialysis.

Separation of organic and inorganic salts in the pharmaceutical and food industry.

Such processes can replace similar nanofiltration and reverse osmosis processes.

Separation of sodium chloride in the leather industry.

Such a process allows the purification, by electrodialysis, of leather industry effluents, extrating the sodium chloride in concentrated solutions from working waste liquors. 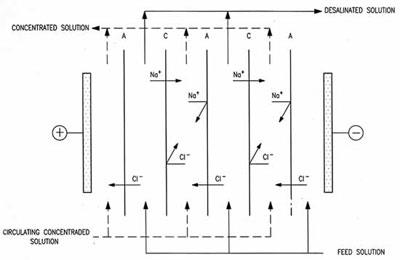 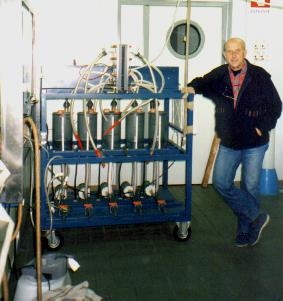 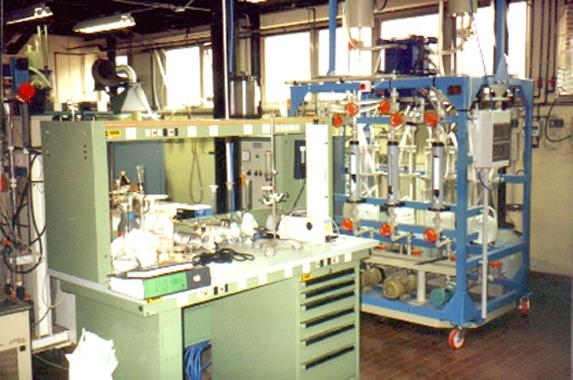