Commercial Sodium Hypochlorite is obtained by means of a synthesis between gaseous Chlorine and diluted Caustic-Soda.
The reaction takes place in a specially designed contact coloumn and the production can be either continuous or batchwise.
SESPI’s KNOW-HOW on this kind of units allows a trouble-free operation with a practically zero pollution of the environment.

The world chemical industry of today produces more than 40 millions tons of chlorine gas annually, of which approximately 0,5% is used for fouling control by the electric power industry.

In recent years, the use of chlorine for control of biological fouling in power plant cooling water systems has been largely applied throughout the world.
Hypochlorite is preferred in condenser cooling systems for the following reasons :

The direct production of hypochlorite eliminates the need for expensive and dangerous transportation and storage of chlorine cylinders. The hypochlorite is produced in a diluite form, which is innocuous, and in the desired amount.
The hypochlorite produced by electrolysis increases slightly the pH of seawater, with the following advantages :

When chlorine is dissolved into water, hypochlorite and hydrochloric acid are produced. Since hypochlorite is unstable in acid condition, it decomposes rapidly. In the electrolysis cell, the caustic soda produced in slight excess stabilises the hypochlorite, which decomposes mainly in contact with bacteria, thus sterilizing the water.
The long lasting effect is very important, especially for applications related to drinking water where the retention time of the water in the pipe may be very long.

Safety for the environment

During sterilization hypochlorite releases oxygen (the real sterilizing agent) and is converted back into its primitive form of sodium chloride. Similarly, the effects of UV light, temperature, and the presence of transition metal ions readily decompose any excess hypochlorite, preventing noxious residuals from remaining in the treated water. 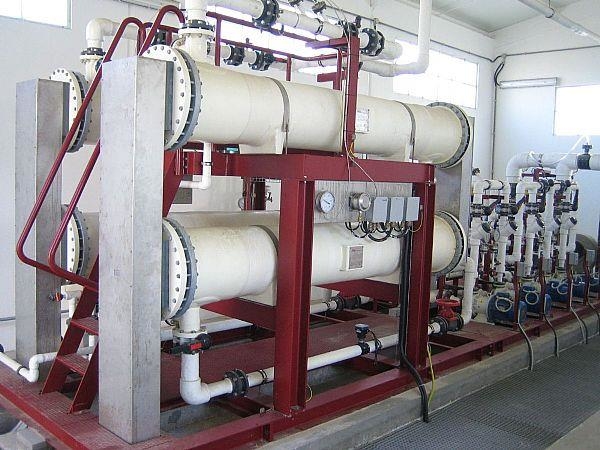 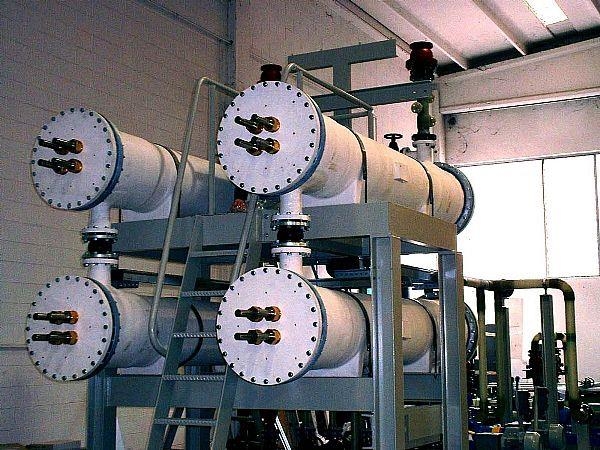 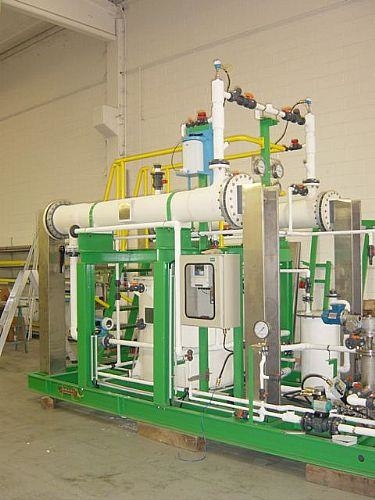 The steps of the process are:

Reaction mechanism:
The direct current, passing through the seawater or brine flowing in the electrolyzer, where the sodium chloride is completely dissociated into the ions Na+ and Cl-, causes the following electrochemical and chemical reactions:

Side reactions:
Simultaneous to the above main reactions, side reactions of both a chemical and electrochemical nature may occur:

The operating conditions are such that these side reactions are minimised.
However, their effect on the current efficiency slightly increases the amount of direct current required to produce active chlorine, and causes the presence of small quantities of oxygen in the hydrogen produced. Additionally, some cations which are present in seawater, such as calcium, magnesium and heavy metals, may form hydroxides and carbonates in the form of suspended solids, which are carried away by the sea water stream, but some of which cause scaling on the electrodes. This scaling is easily removed by periodically flushing the electrolyzer with hydrochloric acid solution. 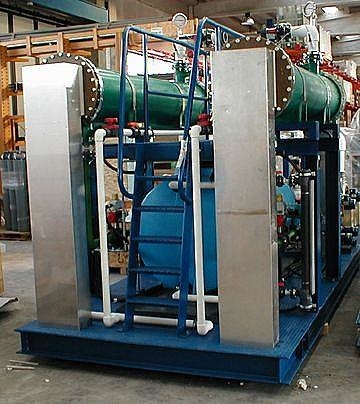 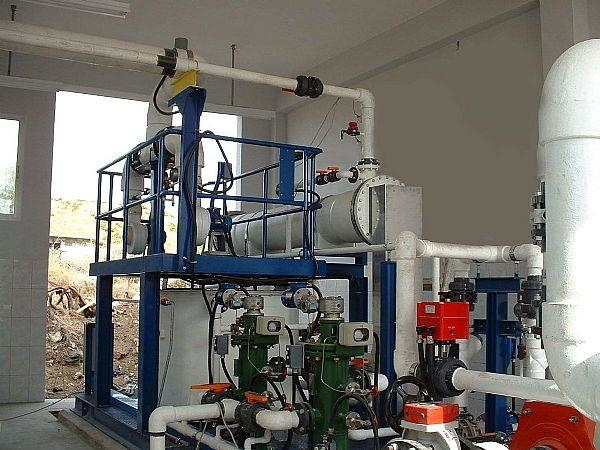 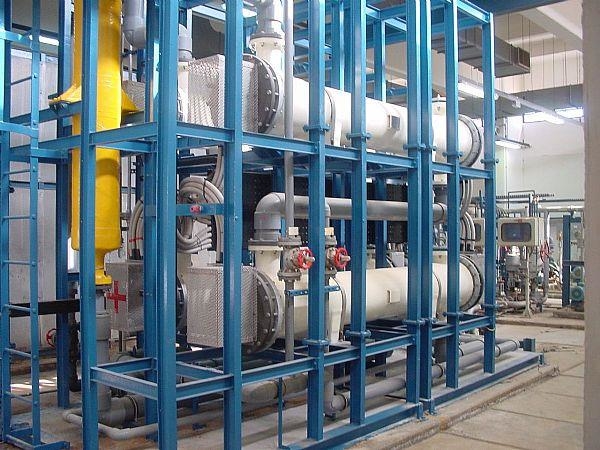 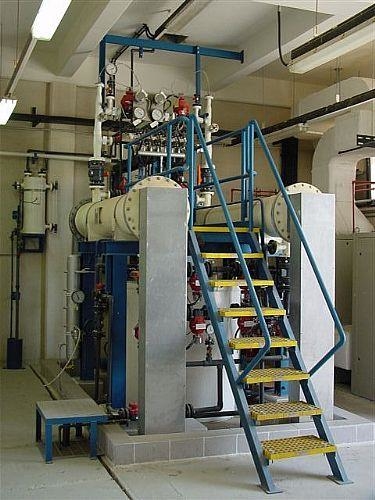